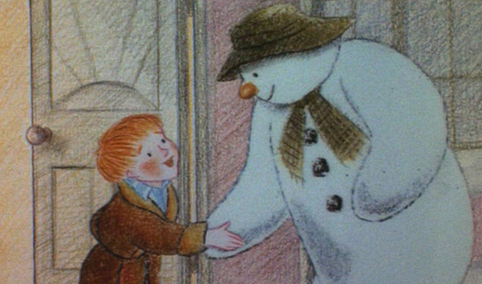 “Many aeons from now, my dear friend Snowman will meet a young boy, not unlike yourself. And together they will journey to Snowman’s Land, where will be waiting the Chosen One of prophecy. And he will give the boy a present. 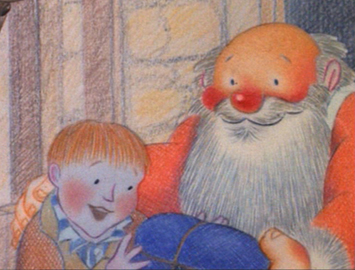 And inside that present will be… 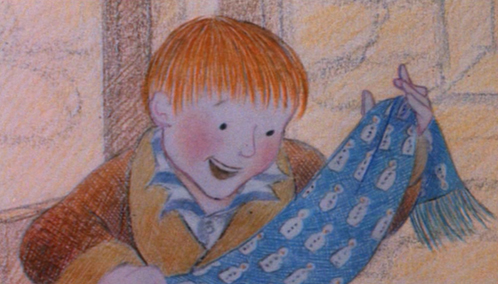 “Do you know what that means, m’boy?” say m’burgess

“It means that the prophecy must be true! All this time we have been waiting for the Chosen One I foresaw, but you never quite know with prophecies, do you? But now that this scarf really exists, it means my future-foresight is not flawed, as even the greatest of us must occasionally consider. It means that all the great Christmatic events as they have been foreseen do indeed hold togther. It means that the future of Christmas is good and pure and that the Chosen One will indeed someday come to us… but it also means that this future hangs in the balance.”

“Yes, I’m afraid it does. That present in the sky is not one for which anyone has asked. I am afraid terrible things may happen if it were to open, but we here are powerless to close it. Now! Dooper, what did you…”

but dooper is not listening. Snowman seems to want to shake his hand. Dooper isn’t sure why he would want to do that right now when it looks like bad things are about to happen. 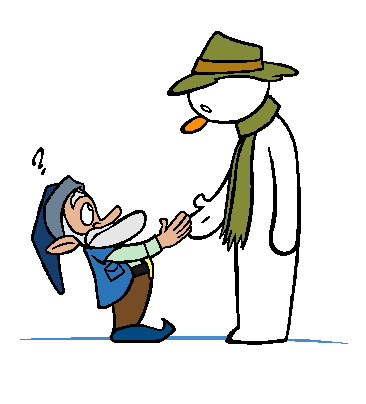 bit strange isn’t it. snowman almost looks sad. like he remembers him from when he was… wel i was going to say “alive” but he IS alive i mean look there he is, and…

Chocolate in shape of a sort of lingering nostalgic sadness.