No I knoe who it is thoue if he’s got no hair! It must be Beazie! Silly old baldy Beazie Toiz! 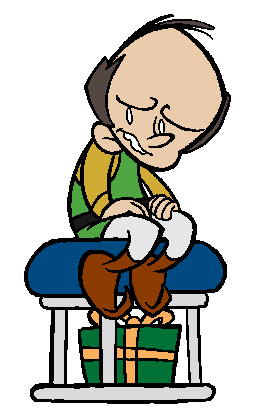 Beazie was a boy at Elf School who was so bad at beard growing lessons that he sucked a load of hair into his head and was really cross after that, muho. Well according to my special Knowledge from the Account, some sort of terrible thing happened to him which is why he went disappeared for a while. Apparently he was holding onto something when something weird happened or something? long and the short of it is that he got catapulted into the Mists of Time, and ended up enduring life in a world without time or space or physics at all until one day he plopped back into the real world and went back to school! Him never been the same since, and just spends all day mixing secret potions.

What you up to Beazie I hope you’re not being naughty.