That and he get’s exercise flying around.

Where is dore nineteen??

The Head and Burgess and Dooper are looking up in the sky (also David Bowy who is nearby), so let’s try up there m8s.

Look who is up in the sky, standing on one of the towers of Elf School! 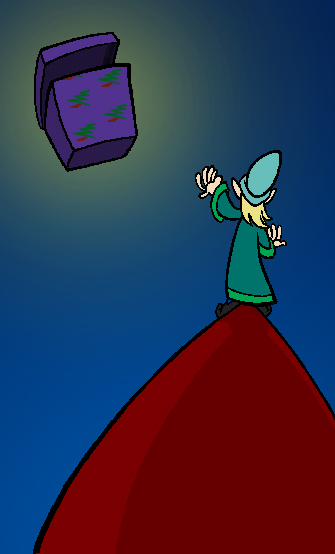 It is Pete, and he has a hand raised to the sky towards the big present! Could it be that he is controlling it?? And in his other hand he has something but again, I can’t see what it is! But Snatter can’t even see Pete! He’s down on the floor and doesn’t know Pete is the one opening the big present in the sky that will make everything in the world go wrong! He can just see there’s some figure up there.

“He must be stopped,” say Head.

“Yes,” say Burgess, “but I fear even that would be too late. The spellcasting is begun; Pandora’s Present is already opening. Nothing we have in our arsenal could contain a destructive force so great. What horrors lie within that giant box in the sky I cannot tell!”

“What shall we doo!” say Snowman!

OE NOE HE’S UP ON THE ROOF WITH PETE!

Lightning is going everywhere now mates and – – oh look, the lightning is a dore and there’s lightning shaped chocolate inside, it’s very long and thin and travelling at the speed of light so let’s break bits off as it passes.

Beazie looks like he doesn’t know what to do but he’s going up to Pete anyway and going “What can I do to help!”

And Pete smack him to him bumme!!! :O

time was when i would have hehe’d to see him be smacked to him bum. but now i don’t know, there’s something a bit scary about all this. Beazie certainly thinks so, because he SPRAWL on the rooftop of the tower, and he look up at Pete… 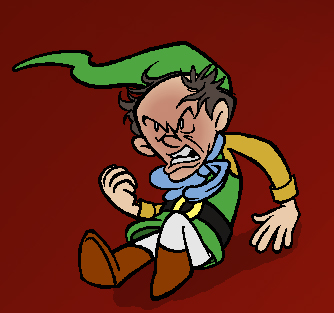 And he have ANGAR in him’s eyes. Beazie try to stand, and he advance on Pete. Oe Pete and Beazie, what are you going to do! The big present is opening and you are destroying CHristmas!!

And a bolt of lightning illuminate Pete and… 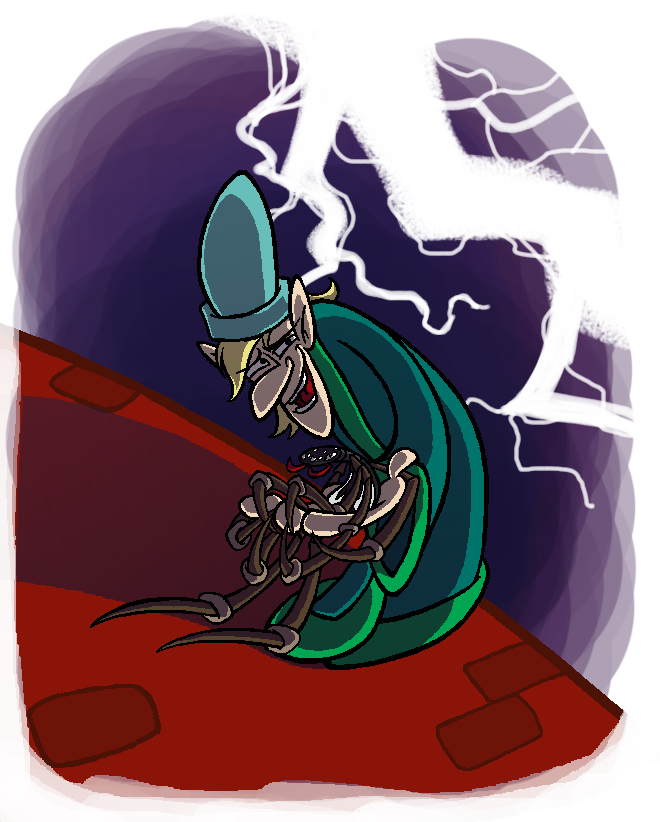 What he hold is a terrible creature, a dark beast spider. It is the EVIL CHRISTMAS SPIDOR he hold!! For, when Snata was a baby he was bitten by a good Christmas spidar, and it given him Christmas Powarze and made him into Snatter!! But this, this is the evil twin of the Christmas Spidor. It is called: The evil Christmas spidor!!

But that can mean only one thinge! Just as only Snatter could hold the Christmas Spider and survive, there is only one person in all of time who could touch the Evil Christmas Spidar!

That means Pete is… 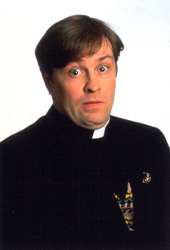