it’s the 1st of decembre! let’s do opening our calendars!

i been down the shops mates to get us a calendar because I fogot to get one for myself. It’s dead good, not cheap or anything this, it’s good. I got it from the shop over the road, it’s a bit pokey but they do sell bags of sugar so that’s good for when the sugar runs out or you need an advent calendar. apart from that, horrendous.

there’s the little baby snata claus in the middle of the picture there, asleep in the sleigh where he was born because they only had a reindeer stable because they couldn’t get into any hotels on account of all the revellers and so what they had to do right, they had to get a load of stuff together and have little baby santa there because there wasn’t not nowhere else.

okay, and when he got born santa sat up and his eyes went on, and all the reindeer grew extra hair and stuff with radiation that came over them from santa. So, they were flying reindeer then, but they had extra hair. coming out of their eyes. 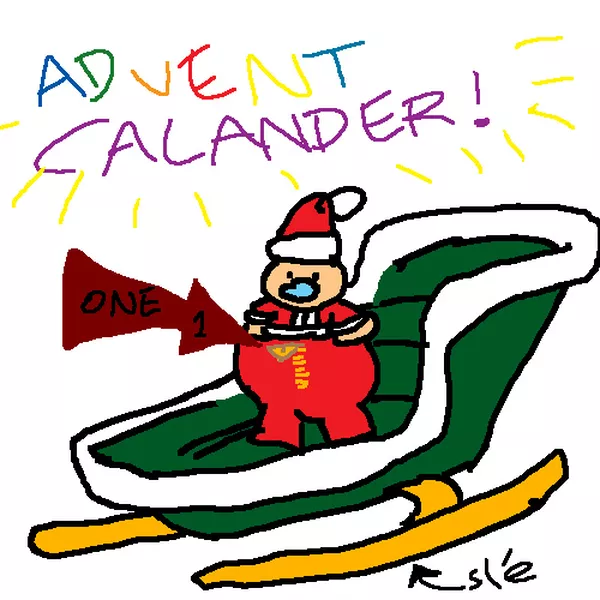 and then look, what you have to do is to get the first door, you have to take hold of santa’s zip on his trousers, because they’res big trousers and the zip a bit heaqvy for santa to undo so he can’t have a wee! (hiow would he wee?) so you have to help him wee by hold his zip and give it a pull. and That’s the door for number one, snta’s flies!

Go on, someone open it, we’ll see what’s inside. prob. a chocolate, it usually is.

edit – mum says it’s bedtime but i’ll have a look at what was inside the door you opened tomorrow, and then we can do another one until
it’s christmas!