Today mum has said that she read the forums and that there is a special rule for today which means we have to be very good or they will get you in trouble. Because of this, my Mum has told me that i am to be on my best behavor and not to type rude things, or make you eat any poo’s.

and she also think’s that my drawings are crude and she says I should put proper “carefulyl considred” art in there place today.

Sorry! Mum says she didn’t like that so I will type it again!

Laughter. WHich means they will not put things into your bottom.

Oh dear, she didn’t like that much either so I’m going to talk about something else instead.

Today I am back in the normal dimension, and I’m well cross about it because mum doesn’t believe we went anywhere, because i was only gone a short time in RL.

oh mum says it is “I am very cross”, and that I shouldn’t tell lies. She is supervising today’s calendar so we weill have to do it properly. She also want me to make this post educationle, so i will be doing some research in a book about the Snatavity which she has got out from the library for me.

So. The image depicts the stable, and in it in one corner we can now see near today’s door a man who is obviously evil and sinister. He has a dark coat on, and a bowler hat and a long nose, and he is singing “oh what fun it is to sing a slaying song tonight.” And he has a scythe that he’s swishing around. I don’t like the look of him and mum says she think he’s got the wrong end of one stick or another.

I have now done some research about him and his name is Sly Peter, and he is the opposite of santa. ( He comes from myths from europe where they don’t do Christmas the same, they have CHristmas but first they have Snata Day where they have a feast and creep up on bedrooms of girls on or below the poverty line and throw bags through their windows as part of Tradition because they have a different snata story. girls leave their widnows open at night so they don’t get broken, and so the next week is called Newmonia Week. 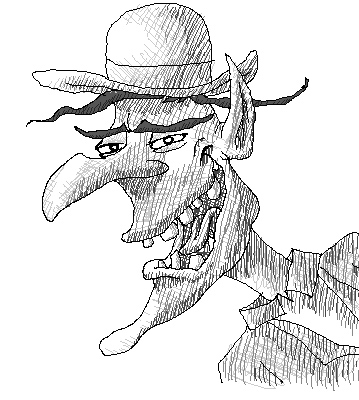 it is drawn by the famous 19th century caricaturist of evil people, Thomas Nasty.

Anyway that is today’s research. Hopefully tomorrow mum will not make me do research. Now let’s open the door and see what we get… 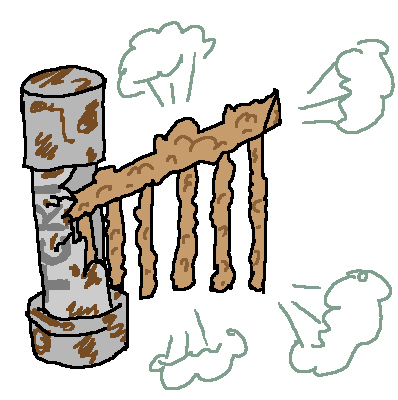