Before we go to the next door, let’s look for the chocolate because we have not done this door properly yet! 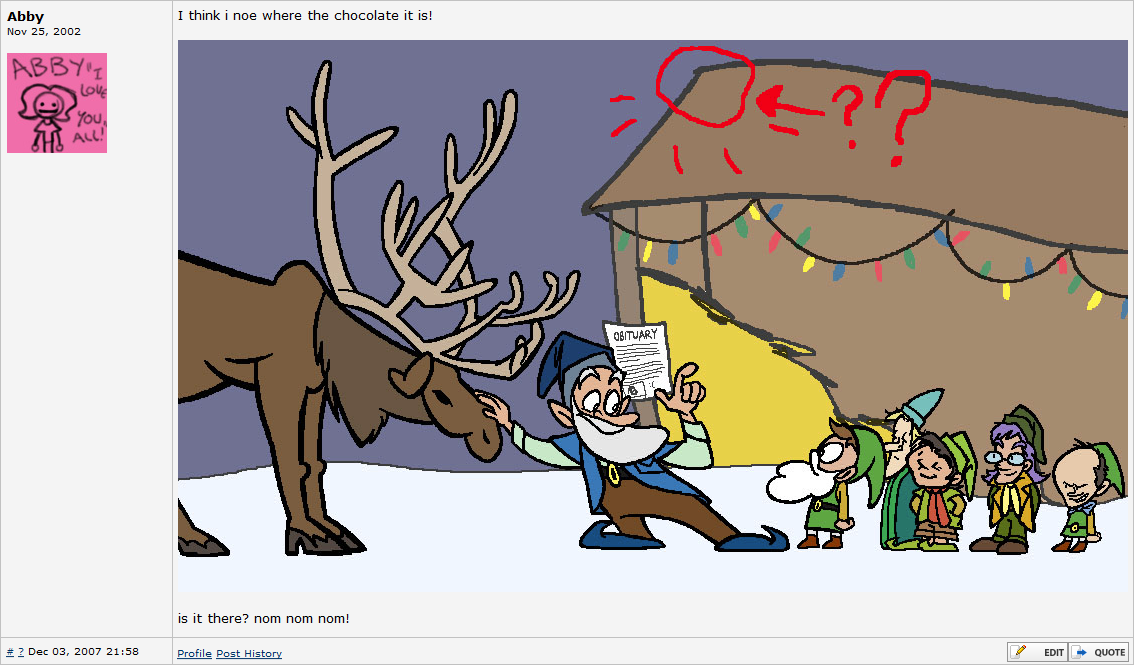 Let’s see. …no, there no chocolate there. Really I suppose we’re looking for a door.

I sent that bloke to have a look but all he found was reindeer poo. He found it with his hands and arms. MOHH.

You are right that there is chooclate in his head: imagining chocolate because he doesn’t have any chocolate, muhuhuh.

I asked himme, and he let me have a look. there wasn’t chocolate in his hat, but there was the lovely sound of the sea!

No not there! Even though I riske’d life and limm try and look in hoove’s. I don’t knoe what you mean by fists tho.

m8s, this is a bit odd. I went and looke’d at the oblituary thing on the barn, and it was a bit strange.

o the chocolate was there btw, so Yakult gets chocolate! Yum. It is a chocolate in the shape of Dooper.

And that the funny thing. Because the obituary is for Dooper.

It taken from a newspaper, and he got a whole page in the paper because he so nice. But the thing is, him not dead! Him not even dead! Why would he keep obituary of himself on the wall of place where he does flying lessons, when he’s not dead? IS THIS SOME KIND OF A SICK JOKE someone play on Dooper??

I will keep that for now until we can ask him about it. Bcause I want to know what’ going on with that. We will ask him next time we see him.

That not now thoe. Now, Snatter and Beazie are sitting silently in the office area of the school, because remember, they’ve been told to go and see the Head of Year.

they’re sitting on a bench and waiting to be called into the Head’s office. 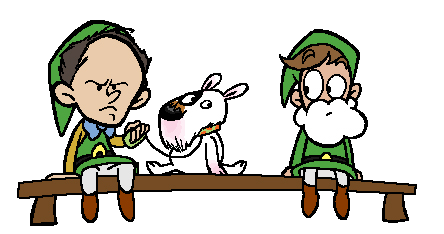 Beazie has brought with him his pet. He leave him tied to the 1st year common room when lessons are on, but atm there are other kids in there so he had to bring him. Beazie not looking forward to seeing the head at all.

“Thanks a lot, Kringle,” he sae. Snatter’s not sure what to say to taht so he’s just keeping shtumm.

“I can’t believe you got me into trouble for this,” he say.

Snatter cross about that. “Hey, it wasn’t even me! Pete was the one who told Dooper.”

“Yeah, but I didn’t hear you contradict him! You were the one who crashed into everyone up there,” say Beazie.

Snatter mutter under him breath, “You’re hardly an angel yourself.”

“Oh yes I am!” Beazie say, which is a bit much I would have thought, “I am too an angel. As far as the teachers know I do everything right, and I intend to keep it that way!”

and he give snatter a fake grin and say

“I can assure you, sir, that this will never happen again.”

OE IT THE MOST SICKENING GRIN EVAR STOP DOING IT BEAZIE you make me sick. Snater is well annoyed because beazie probbly does get away with loads by being all slimey like that! D:

Pet does a *woof* at Snatter, but more in a shruggy way than a cross way.

Then a deep voice come from the door they’re waiting by, and goes “COME HITHER.”

they get up and goe into the Head’s office.

And there’s the Head.