Look, I know it’s nice when we get to do these calendars, but I shall stop letting you open them with me if you’re just going to get into arguments. 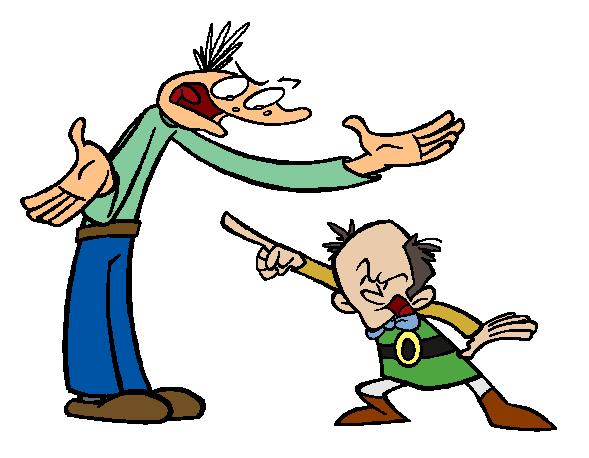 I mean calm it down for goodness sake. I know that chocolate that Beazie fed you yesterday was less than pure shall we say, but this is the PAST, this is CHRISTMAS HISTORY, we’re not supposed to interfere with these historical characters in the calendar! Prime Directive!! We might mess up the history of Snatter and then things might get weird and out of hand! Don’t mess with history!!

Come on, today’s door is in the Snatavity rehearsal room, so let’s go in there.

Oe, a rehearsal is going on! There’s Rose, who you haven’t seen yet so I’ll have to try and get a picture of her soon, she’s being an angel, and there’s Duddles who is playing the piano accompanyment to the play, and there is – – oh look! there’s Puffy, but he’s not being a reindeer now, they’ve confiscated that comstume and he’s being another caracter they’ve made him be – – and it’s all going on. 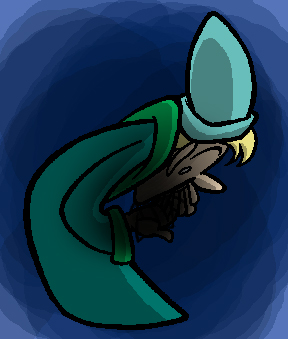 That’s odd! Pete is standing in the dark looking at something in hims hands! It’s so dark though, almost as if the thing that is dark is making darkness come out of it so we can’t see what it is!! Pete has noticed us thoe and he’s turning round to say something, but…

but Snatter run away from him onto the stage! quick folow Snatter!

O no! The rehearsal is starting!

O noe m8s the rehearsal is happening already and we’re trapped on the stage. We’d better work out a way to get out of here so we can get on with looking for the door. Wait!

He’s not supposed to be on the stage! BEazie!! What he doing!! :O 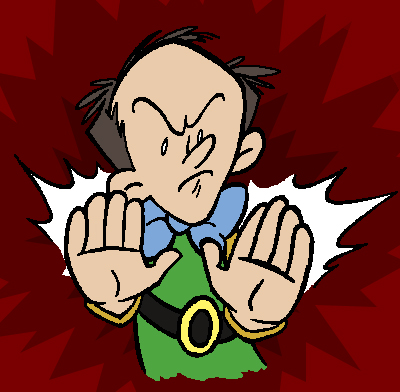 He pushe you off the stage and down onto the floor! What a spiteful boy!!

“Maybe that’ll teach you to argue with me!” he shout! “You’re in league with them aren’t you, Kringle and Duddles and Dooley, and all those rotters! Well, we’ll show you. We’ll show you.”

and he march off! :O

Behind him Rose looks shocked, and just between the curtains I can see Pete looking through and chuckling to himself. He really likes it when Beazie kicks off like this, thinks it’s well funny doesn’t he.

oe, it’s of an arrow. And I can’t turn it round, it’s always pointing off the stage in one particular direction. I reckon we should follow it or something.

Well, I know what direction it was. Go on, you can eat it now, to take the taste of yesterday out of your mouth.

also the sour taste of defeat.

also the sour taste of get pushed off the stage onto flore.