at this point i should read you something from the big Snata book my mumme bought me.

Lapland
The Province of Lapland (Lappi in Finnish and Sami, Lappland in Swedish) is one of the Provinces of the Northernmost North Pole. The area is called Lapland because it is divided into smaller regions, or Laps, which are characterised by their economic and cultural differences.

The most famous region of the province is the famous Lap of Luxury, home to the Vendiqum (or Elfs). Less internationally known is its antithesis, the Lap of Poverty, incorporating Poor Land, Slavelabourland, Loompaland etc. Refugees from these various worlds were the original founders of the Lap of Luxury, and their descendents now staff the Grotto and Workshop, and run Elf School.

Between these two main Laps (and the smaller Laps surrounding them) is the snowy, forested area known as Snowman’s-Land.

And it is from Snowman’s Land that the figure the boys now see soaring through the sky has journeyed. Riding in the midnight blue, he has whooshed high above the world and now comes to land on the grounds of Elf School, for what ambassadorial work we cannot yet know. 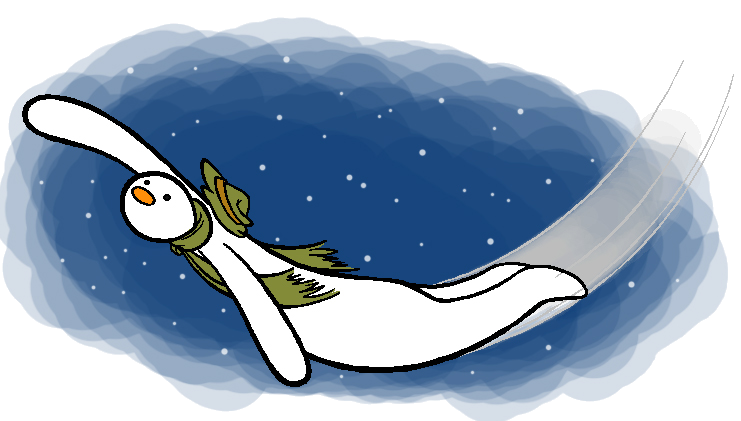 It’s our old friend Snowman! The children gaze open-mouthed, taken by surprise. They don’t know that in last year’s calendar he went all swirly-eyed when he saw the special Quantum Chocolate and told us all about how it was made up of the distilled force of all Christmasses past presnet and futur. To them he jsut some big snow guy!

“I am a delegate from the council of Snowman’s-land. I have come to see the Grand High Elf Burgess MEredith!!”

the boyes all GASP! Nobody EVER sees the Burgess, except on Day One of Elf School, when the new pupils sit on his knee as part of the Snatting ceremony! That’s it! THat absolutely it! nobody else ever see the burgess, not no-body not no-how!! He’s the most important figure ever, i mean, grown elfe’s actually get slightly teary-eyed when he enters a room because he’s so reverential and important.

If this dude ghets to see the Burgess, he must be one important ambassador.

what the kids don’t know, and isn’t actually important but it’s nice anyway, is that snowmen from Snowman’s-Land get promoted to such a position not based on their political skill or education, but by how lovely and snuggly they are.

he seem’s to recognise SNatter.

“No ta,” say Snater, “I’m all big and grown up now, and can fly on my own! I’m pretty good with a set of reindeer as it turns out! I’m being taught some pretty good tricks by my flying teacher, Dooper!” 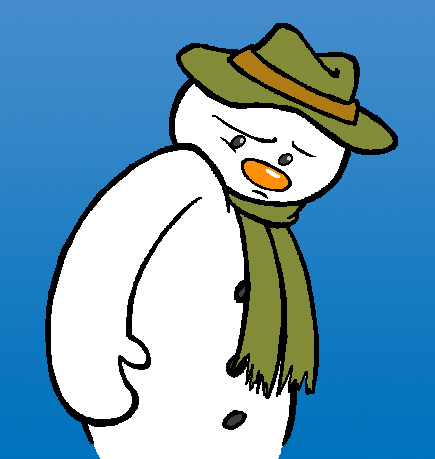 “uh, ye,” saye Snater, but it didn’t really sound like a question.

The Snowman kneel down and take Snatter’ hand for a moment, then take something out from inside his snow (he has to brush snow off it). 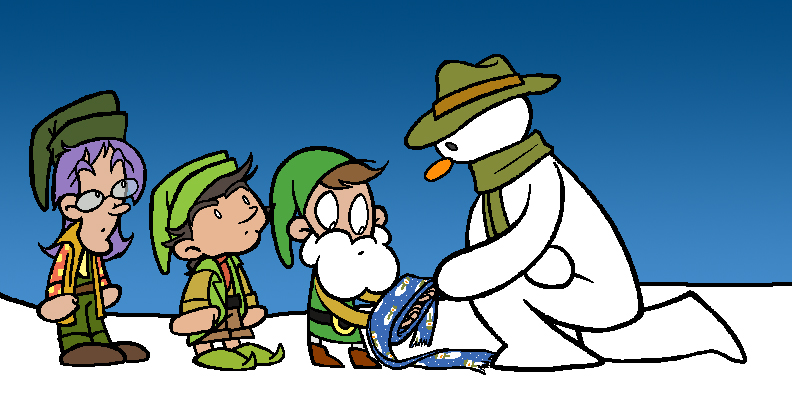 Snatter doesn’t know what to do really. He’s got a scarf off the Snoweman, and it’s just a scarf but the snoweman’s seem to be taking it really seriously and stuff.

“A token,” he saye. “Not only from Snowman’s land, but from me. I once thought I was going to give you this on a very special day. Now…”

“I’m not sure I deserve to be involved in a ceremony like that any more,” he saye. He stand up. “I once thought I was chosen for this because I was better somehow, arrogant child that I was.”

He smile again and give Snater a lovely cuddle because he is the cuddliest snowman in snowman’s-land. Snatter surprised – the SNowman doesn’t actually feel cold. (Just thought I’d clear that up finally, it’s annoyed me for years. Thanks Snatter info book!)

“I’m sorry, sometimes I forget you’re still only a boy. That’s what all those years talking to the Ghost of Christmas Future will do to you. Desperately boring man, all awkward silences and chilling terror, but a damn fine teacher. Goodbye boys! I have very important work to do with your Grand Old Elf. Such very, very important work.”

He wave, turn, and bound across the field and fly up into the air, and into the window of the grand olf elf Burgess Meredith (which is like somewhere round the back of the school, we can’t really see it).

so yeah that’s the pciture on today’s door of the calendar, and inside is a chocolate scarf. Snarf down that scarf lads.