The Snatavity Play is starting everyone!

The curtains do not open as this school doesn’t have curtains because for some reason even thoe they are a lavish elf school in the capital of the Lap of Luxury, their school plays still live up to the standards of your average normal school play. So, here come Duddles and Dooley, as Mummy and Daddy Snatter!

Yeah, that’s basically the set. It’s awful isn’t it, I can’t believe it. And look, the window is just drawn on a bit of paper and pinned onto that pin board there. I can’t believe this, it’s a shambles frankly. This is ELF SCHOOL, they should at least made lots of little wooden props they’ve carpented.

Apparently though they wanted to only use stuff the kids in the first year have actually made, so they just have a pile of yellow coats over some stuff to be hey, a sort of donkey put together out of goodness knows what rubbish – – oe! Haha that’s the donkey where we tore its skin off and its innards sloshed out into the hay remember! Hahaha

So Mummy and Daddy Snatter walk up to the side of the stable, which at the minute is meant to be the front of the hotel (idunno m8 your guess is as good as mine. 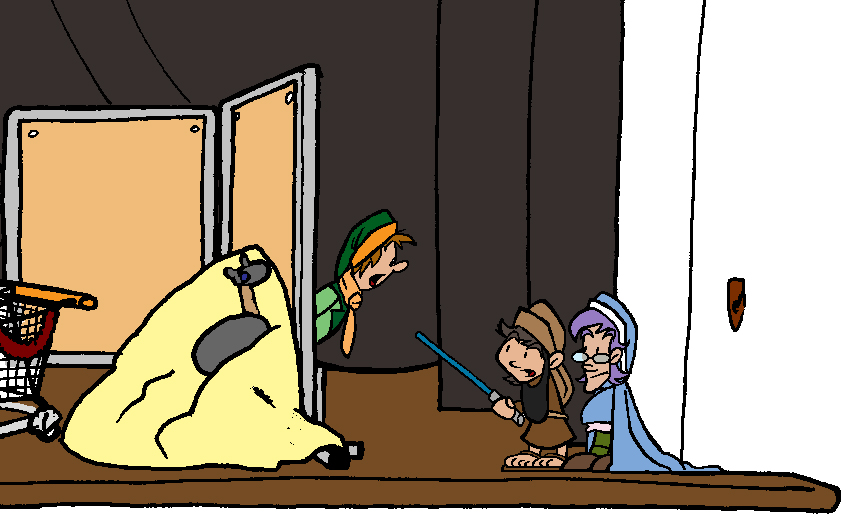 “HELLO” say Duddles as Mr Snatter. “WE, ARE BUT A POOR TRAVELLERS, AND MY, WIFE IS, PREGNANT AND SHE, NEEDS A PLACE TO STAY. AND HAVE A BABY.”

Inkeeper says, “SORRY, WE DO NOT HAVE ANY ROOMS IN THE HOTEL, ON ACCOUNT OF ALL THE IMMIGRANTS. BUT WE DO HAVE A STABLE.”

Inkeeper, “NOE, I MEAN YOUR WIFE CAN HAVE HER BABY THERE.”

So they agree and go into the stable, ready to have their babye Snater.

Backstage, Snatter is waiting with the other ppl who aren’t on the stage yet. Now, Snatter isn’t playing Snatter, he is playing The Jolly Postman, one of the ppl who go to see the baby Snatter.

The boy who has landed the part of the baby Snatter is getting ready, going over his lines. 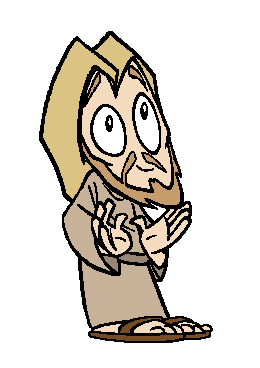 He goes on in a minute, but first it’s time for the Angel.

(there wasn’t an angel in the real Snatavity, we kno because we were there last year, but Beazie had them write one into the story so he could play it, and they did, and then he didn’t get the part and now it’s Rose? I dunno, this whole thing’s a bit convoluted)

So, an angel is going to turn up and goe to mummy snatter “You will have a baby, and he will be the Chosen One destined to lead the Elf’s, and you shall call this child: whatever name you want, and if you can’t decide on a name then may as well just like have a lightsaber fight over it and then whoever loses, their name can be his middle name.”

Just waiting for Rose to come on the stage.

Oe dear. Long silence. It looks like she isn’t coming onto the stage even thoe it’s time for her to! Everyone is looking around nervously. Where is Rose?

Off to the side of the stage, I reckon I can just hear Pete giggling. oe he must think it’s like Alright On The Night or something where you get to see things goe wrong on telly! But for play’s! Ha ha the play has ground to a halt because the angel, who Beazie wanted to be, and instead it was given to a girl who he kept trying to talk to and give her flowers but she would always tell him to naff off, that angel, isn’t here for some reason! Ha ha I wonder where beazie is, if he could see this maybe he’d think it was funny because he would have come on the stage at the right time if it was him, but she hasn’t!

but beazie isn’t here either.

let’s eat this chocolate while we wait, m8s. It’s in the shape of foreboding.