Oh wow guys something’s going on here, because look where we are! We’re backstage, and ohhhh dear m8s.

Oh Beazie. He’s only gone and held Rose captive in the backstage bit. Ohh Beazie, this is a disappointment. What drove you to this BEazie?? what darkness resides in your soul??

He hasn’t tied Rose up or anything, but he has threatened that if she goes on stage then he’s going to set fire to her favourite “Betty Beauty” doll, and tear the head off her little stuffed panda and shove nails and bits of broken glass down its neck!! I don’t know if he can do that, but she seems to believe him.

So he’s got her angel wings and halo and he’s going to goe on the stage!!

Meanwhile backstage, Puffy is sadly standing in the costume they’ve made him wear instead of his reindeer suit. 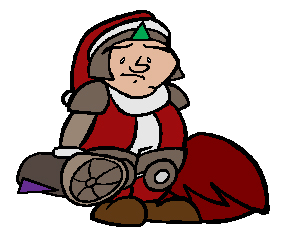 He’s MECHA SNATTER! Remember Mecha Snatter? Oh – some of you might not have been there, but the first time I got one of these weird calendars, we ended up stuck in a stupid dimension running away from this big giant robot snatter who was very scary. We only even managed to get away when we tried a radical form of retaliation.

hahhehe perhaps we should WIGGLE HE puffy

god we haven’t wiggled anyone in ages have we. it’s been what, a year or something. But we can’t Wiggle Puffy, all he’s done is dress as mecha snatter, he’s all right really. He’s a bit tubby, he’s a bit odd, but what’s he ever done wrong, y’noe? Not like that Beazie! Look at him!

He’s coming out on the stage now! Quick, duck! He’s throwing a great huge wobbly all over everything! What a mardarse!

He’s pushing over the set, shoving those big pin-board things over and demolishing the Stable! Oe noe Beazie!

But then he slippe! He slippe over and go crashing across the stage, and out from the side comes PETE SCHWARTZ.

“You’re no angel,” he saye with a big smug grin.

He turne to the audience of dads and mumme’s and us’.

“This little rotter thought he could ruin the Snatavity play for everyone, just because he didn’t get the part he wanted!” he announce.

“We can’t let him get away with this, he’s ruined the night for everyone here!”

“He has denied poor Rose Suchek the part she was supposed to play in tonight’s performance!!!”

YEAH they goe, especially mr and mrs suchek. mrs suchek (also called Rose) is so embarassed she accidentally ladders her tights, which may sound a bit odd but honestly she’s ALWAYS doing it, she’s known far and wide for it.

“WHAT SHALL WE DO, LADIES AND GENTLEMEN?” saye Pete – and then he gette a twinkly in himme’s eye. 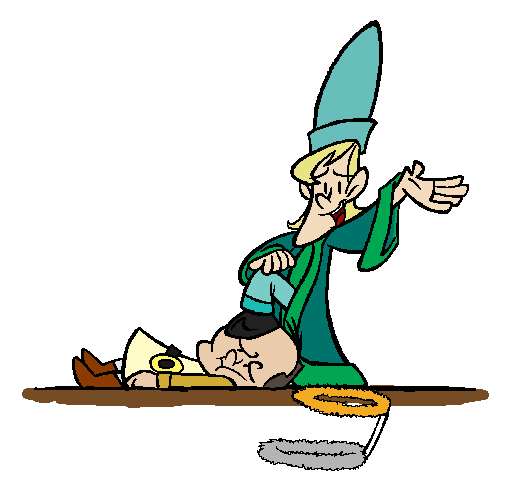 “I think I noe what we can do to teach him a lesson,” he saye…

Today’s chocolate is in the shape of a question mark.