You fellows! What mysteries await us as December draws on and Christmas ambles ever nearer? Last year we found out the origin of Snatter birth, and we saw all the Christmasses past and future merge together into one big Quantum Chocolate, and all sorts of other Christmas Origins.

Peter Schwartz, known by many cultures as Sly Pete, is THE ANTISANTA, the devilrous boy who was bitten by a venomrous Antichristmas spider who had Antichristmas powers! Hime stands on the rooftop of the castle m80s and is opening Pandora’s Present. (See, because he is the Antisnatter, he delivers presents BUT IN AN EVIL WAY!)

Beazie is still advancing on him, and on hims’s face is torment and indecision!!

But nothing can be done about the present! Evil and chaos is about to spill forth and there is nothing the Head can do, nothing Burgess the Head Elf can do, nothing David Bowie can do (Bowy is still here hanging around I think). Everyone is powerless!!! 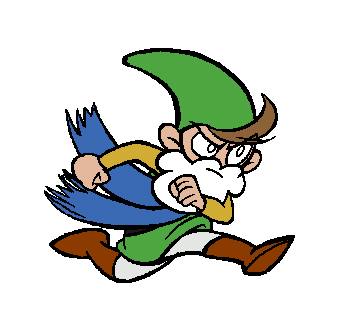 He gets outside, hooks up the reindeer to a slé, attaches the end of the wrapping paper to it… 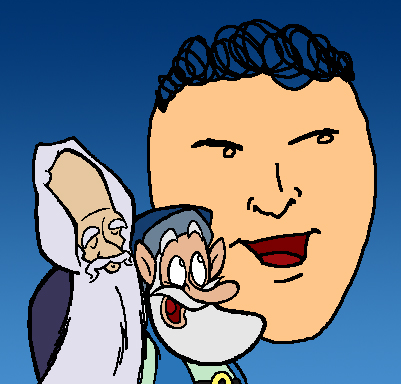 Everyone is watching Snatter! They know what he’s doing! They know!

“Merry Christmas!!” shout Burgess, because it’s the only thing he’s used to shouting.

“NO ONE WOULD HAVE BELIEVED,” say the giant hovering head of actor Sir Richard Burton, “IN THE LAST YEARS OF THE NINETEENTH CENTURY THAT HUMAN AFFAIRS WERE BEING WATCHED FROM THE TIMELESS WORLDS OF SPACE. NO-ONE COULD HAVE DREAMED THAT WE WERE BEING SCRUTINIZED…” and he goe on like this because he only has a few phrases he can say, but they are powerful phrases and hime voice is booming.

But Snatter is there going FLY FLY FLY over to the big present!! And he is flying now underneath the big opening evil present!! Look what he’s trying to do! He’s trying to wrap the present!!

OF COURSE! HE’S SANTA CLAUS! HE’S KING OF ALL PRESENTS!! NO PRESENTS CAN DEFEAT SANTA-BLIMMIN-CLAUS!!

But it’s going to be tough to wrap that thing up. He’s going to have to do some tricky manoovering! 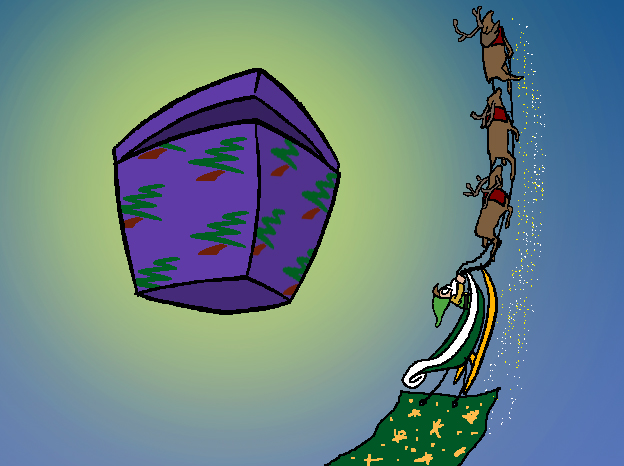 THE SUPER DOOPER LOOPER! IT’S THE ONLY WAY!!

I never thought I’d see an actual time when the Super Dooper Looper actually was the only way! But this is it! Dooper’s super-special trick he taught Snatter is going to save the day!!

Or is it? Snatter couldn’t do the Super Dooper Looper in training, even Dooper can’t always do it! It’s a really hard thing to do, the reindeer always chicken out at the last minute!

Today’s chocolate is Snatter and all his reindeer suping dooping looping. EAT UP GENTS I can’t wait to see if he does it!

Down on the ground, Dooper’s cheers are loudest.