I’m REALLY scared now, Mecha-Snatter is back from the evil dimension of unholy fear and terror, and he’s about to run rampant here in the real world!! I mean this is… oh godd 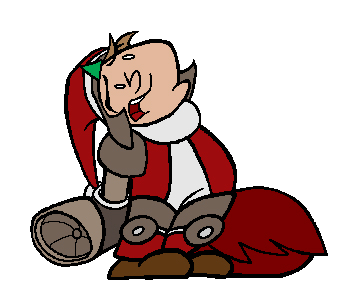 Puffy is looking up at the sky, terrified of what he is seeing! He’s actually dressed as Mecha Snatter, but he’s never SEEN him before! Only heard of him in legends! I mean he’s more of an archetype than anything, nobody actually believes in Mecha Snatter! Not properly anyway! He’s more an amalgamation of different robot legends from around the world, unified by coca-cola ads and yuletide movies! But no, he’s REAL and HERE HE IS, BLASTING through the sky, in a blaze of sparkly hate! 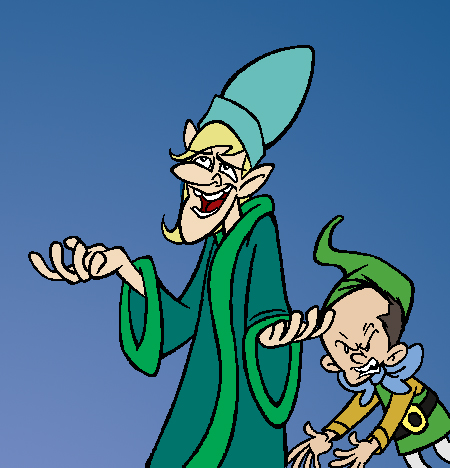 He grabbe Antisnatter’s foot, and summoning up all the anger inside him….