Look, the sand has nearly run through the timer! Looks like it doesn’t take an exactly day after all! Gather round while we wait for it to start up.

That was a very sad chocolate before, and I hope there aren’t more like that. I think I’ve calmed down now, but it looks like during our sadness we managed to make our way across more of the shopping centre and up the big stairs.

They’ve really, really decorated this year, I could hardly find my way through some of the christmas trees they had all at the top of the stairs. I saw some of you lot having trouble as well but that was half because of branches in the face and half because of sobbing like a baby idiot.

Oe here we go look! Look the sand is about to fall through, the last sand!

That’s funny… remember those accounts the man had, with little scenes in glass doams? Well it looks like inside the top half of the sand timer is one of those! The sand has fallen away and revealed a sort of igloo scene. except…

That’s not igloos! That’s broken igloos! The igloos have been smashed up and nobody’s put them together!!

hehe they should mend them with some IG GLOO.

and then they could go to the IG LOO

for an IG POO that one doesn’t really work.

But look, what’s really weird is there’s little people walking around in this igglue scene! And I know who they are, because the Account is filling my mind with Knows about who they are! The place we’re looking at is Snowman’s Land, the icy place between the great lands of the North Pole. It’s where all the Snowmans live!

That’s their village but look! It’s all been wrecked up! Look at the ice bricks all over the floor and! But what happened here? What happened??

Well this happened: THE PLACE WAS RUINED UP. Dark hordes from a nasty place have attacked the village! That isn’t very Christmassy, things being destroyed! Think of all the Snowmen and Snowomen whose houses have been smashed about!

Well little fellers are they. These are the people who used to live in this village but now they have nowhere to live. They only have bags with their things in.

But they are driven snow! Driven from their homes! But also driven to survive!! And so they are forced out of the village, forced to travel, forced to live as Snowmads!

Here are some of them. You might have noticed that some of them look quite like normal people! That is because, they are a different sort of Snowmen! The longer they live, the more people-looking they get. Some of these have been alive for so long that they started as round fluffy-looking snowmen (like the lady on the right), and grew into people-looking ones like the Snowgran there. (That little girl did that too, but she is a snoman of a little girl so she still is one.)

The Snowmen labour under a terrible curse! Their people are cursed! They can live for a bit, but when the sun gets really hot they melt away! It’s okay tho because the curse also means that children all over the world are driven to build snowmen and that’s how they come back to life! Their hands are magically guided! And then after a few minutes of confusion the snomen remember their old life and they FLY! They FLY back to Snowman’s land! And then they don’t do anything there because they only have until the sun starts to come up.

But these people have managed to avoid melting! They have stayed under cover and things like that and kept safe from the sun! But will they be safe for long??

Snowgran tells her the story: “In a certain time, in a certain land, once there lived and once there was a Snowman. And this snowman was HORRIBLE.”

“Yes! He committed Original Sin, and now we are the way we are.”

“What was Original Sin grannee?”

The lady one say, “I heard he,” and she whisper next word, “killed a snowman!”

“Ah heard he kilt him an elf,” says a one dressed like a cowboy, dunno why.

“Well whatever he did,” says the Snowgran, “he is the most terrible traitor we have ever had in Snowmansland. Our entire race is cursed because of it.”

Girl snowman looks sad and fiddles with a christmas wreath she’s got in her little cart of things.

“Where did you get that from, dear?” say the Snowgran.

Oe! And I know what that means! It’s odd, because I can’t tell if I know it because I remember reading it in the special Snatter book my mum gave me a couple of years ago full of snatter information, or if it is part of the Account putting infos in my head!

But this is a nice bear 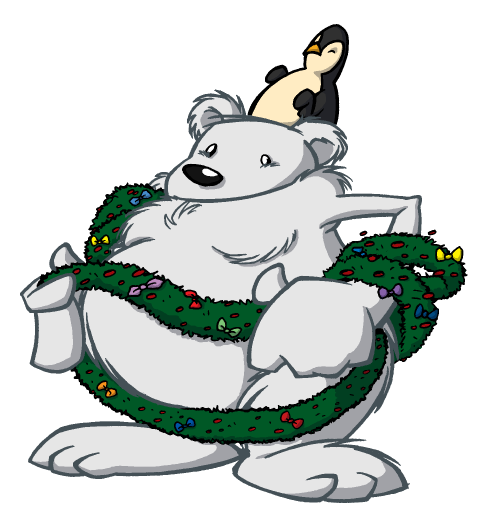 Look at that, isn’t that a nice bear? It is actually a robot polar bear, they make the wreaths for Elf School! Also other Christmas places. They are a robot polar bear which twists wreath stuff into rings and put them on doors and things. They are a robot bear, but for some reason they’re operated by a little penguin that sits on its head and talks in a scottish voice. Except the penguin is a little robot as well for whatever stupid old reason and is operated by someone else. Basically, the whole thing’s complete nonsense.

The penguins are operated by the famous roboticist Wreath Twisty. 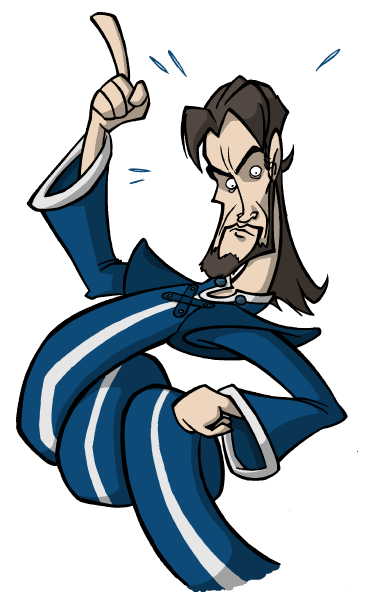 Him never even bin to Scotland, don’t know why he talks like that.

Oe wait look! The Snowmans have spied a Figure in the Distance! 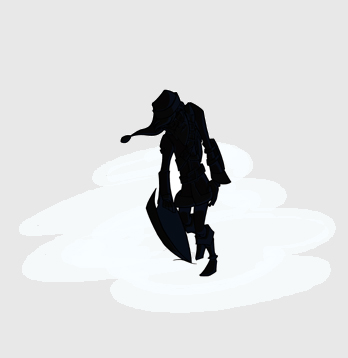 Who is he! He is stumbling out from around some snow dunes. He’s going stumble trudge along and leaning against things to steady himself. He looks really dizzy and tired! WHo on earth im this, mateys?!? Who im it?? (hehe, “who emit”.)