Now we’re in a stone corridor… I recognise it! It’s from Elf School! It’s where we were last year! This flashback is set in Elf School!!

“I was a boy at Elf School,” say red hat bloke, “when the Snatting Hat died. It happened suddenly, and nobody could believe it could really be true. The Snatting Hat had sat on the head of every young pupil joining the school, and we all felt the loss dreadfully.”

I remember this! Remember this? When new elfs went to Elf School, they always had the Snatting Ceremony, where the wisest and oldest of all the Elfs (the actor Burgess Meredith) would put the Snatting Hat onto the head of the new children and it would look deep into their souls, constantly on the lookout for the Chosen One, the Snatter. And then Snatting Hat doesn’t actually tell anyone which one is going to be Snatter remember, because he im am bumhead.

“The Snatting Hat’s death was suspicious. The staff didn’t make any accusations, but you know how children like to point fingers. In this case the finger was pointed at a boy called Peter Schwartz. He can’t have deserved it, he might not have been the nicest kid, but he wouldn’t kill anyone! But he spent the last year bullying a boy called Beazie Toiz, and we’d all fallen out with him. And then, Beazie disappeared.

“Yeah, Beazie just vanished. Nobody knew where he had gone. And we thought that was really dodgy after Pete had bullied him for so long. They did actually try and expel Schwartz from the school for that, but his mum stopped it by accusing the faculty of discrimination, because Peter was the only High Elf in the school. So they had to let him stay even though he was obviously really naughty. Things calmed down after that, and and Beazie did actually turn up again in the end. The accusations against Peter naturally stopped at that point…

“But the thing is, he had started to act very strangely, earlier that year. Disappearing off to goodness knows where, sneaking around the school, and mixing odd little potions and being all secretive. Me and my friends thought he was acting very suspicious.” 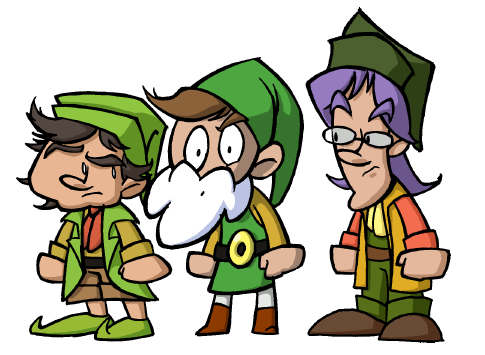 Look m80s! It’s him! It’s Snatter! And that’s his best friend elfs from when he was a boy, Duddles on the left and Dooley with the tall head! So the red-hat man is definitely Snatter! But he’s much older, we must be seeing The Future! But why is he confused and doesn’t know what’s going on though? He’s Snatter! He should know everything!

o sorry his story’s carrying on.

“Well one night I was up to have a wee once, and I saw Pete walking away from a door I’d never seen opened before. I thought that was strange. 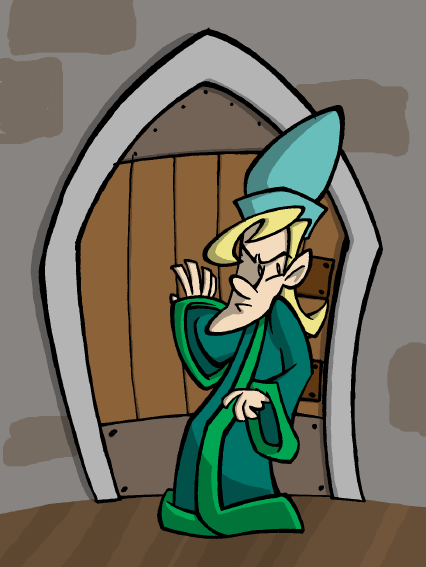 “So once he was gone I waddled over to the door and I pushed it open. What I saw inside, I might never forget.

“It was an incredible museum full of items and artefacts relating to the legend of the Chosen One, Snatter, whose legend everyone at Elf School is really interested in because one day he’s going to be utterly brilliant.”

oe interesting, even this grownup snatter doesn’t know he’s snatter yet! I suppose that makes sense, because we think of snatter as an old, so there’s plenty of time for him to be snatter before he’s old. Anyway shush he’s doing his story. I wish you’d shush sometimes.

“There were so many things in the room!” young-snatter say. “A statue of Snatter holding aloft a big bag of presents, the original Slé Snatter was born in, the Great Mirrored Helm of Noddy Holder, oh, so many things!

“And in the middle, on a little pointy plinth that looked like the Christmas Tree, was the Snatting Hat! Of course, now it was just a hat, just sitting there lifeless.

“But some sort of Thingy overtook me, and I felt myself walking forwards and taking the hat! 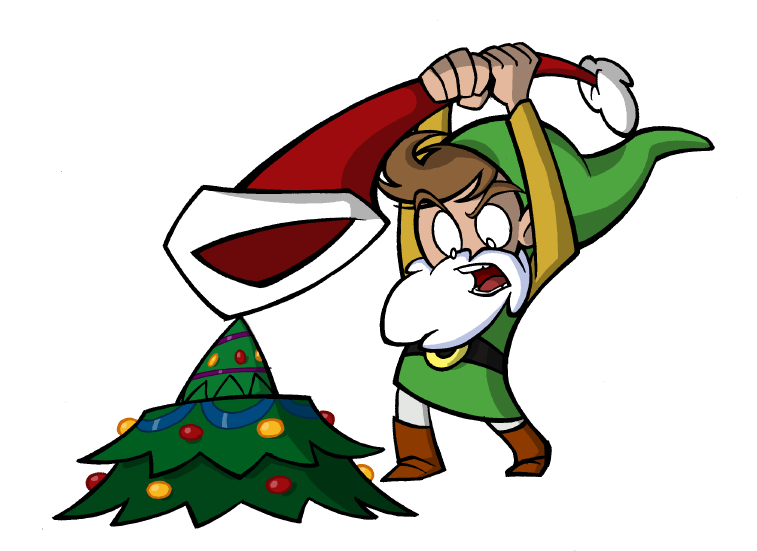 “And I took the hat! 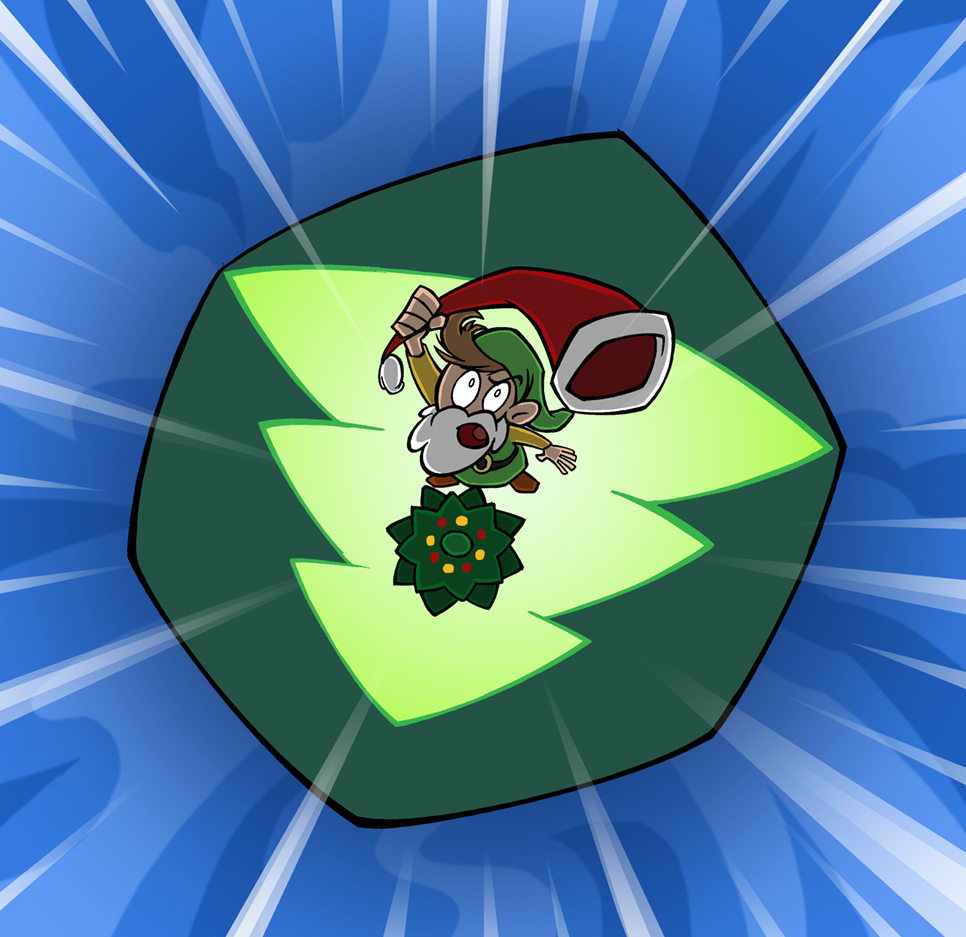 “And the voice of the Snatting Hat spake in my head…

“Yes, you are ready… but your head is too small. I will not fit you! Let us… waaaait…”

“And then I think I had a dream about a beardy man talking or something, or something, and then I found myself here, older and in different clothes.”

“I did wonder about your clothes,” says Snowgran.

“Oh, just something I saw in a picture once,” say Snowgran. “Let’s get you warm, and maybe you’ll remember where you’ve been all this time.” 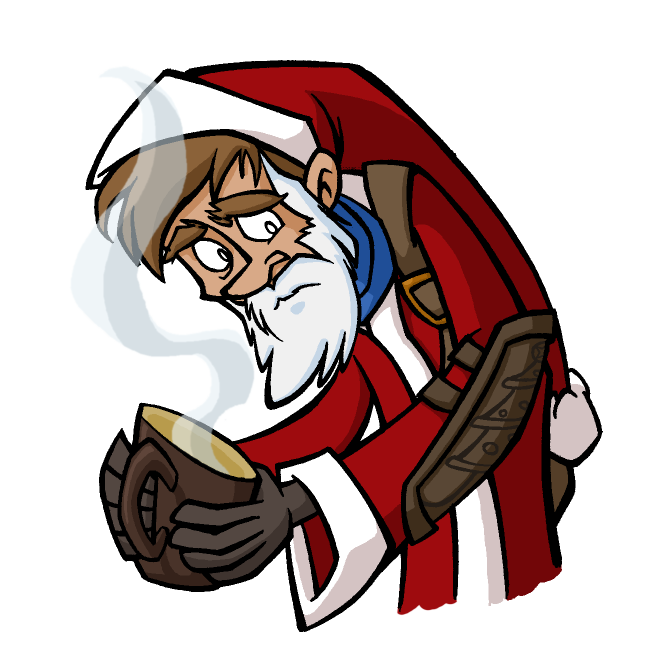 Account fades away! WOW little Snatter put on the Snatting Hat and turned into Big Snatter! I wonder what Big Snatter can do! I can’t wait! He’s not even fat yet maybe he can do more things before he’s got fatness!

Turning this thing over again!

Yay! A chocolate came out! It is of the Snatting Hat! Brilliant, nom! I’m having some first! Nom. Okay you can have some now! Nom!