Well it’s about time we did today’s door!

Things are getting very christmassy here. At our house we have done the tree and prsents (for other ppl, obviously my stuff isn’t here yet coz snata hasn’t been) but not tinsel on walls etc. that tonight maybe

But let’s see what today’s door is!!

Ah, here it is. It’s this guy. Hes not got number on him, but it obviously him, he’s all odd look. odd man. 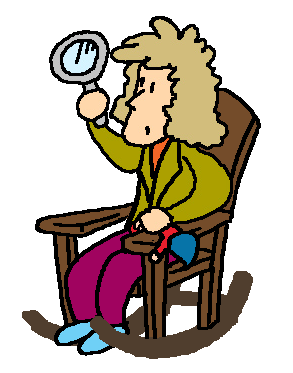 What an odd man. He’s sat on a rocking chair to watch the world go by, and he’s holding a looking glass to peer into the sky. Clearly this is a looking glass that isn’t a mirror but some sort of magnifying lens. He’s looking up at the star and saying “gosh it’s full of snorks!” in his funny accent

What did you deduce from looking at star?

o, he says, ‘not much, do yow now much about it? there seems to be snorks!’

O well. Hey, you should have a look at our funny chocolate shape we’ve got here. 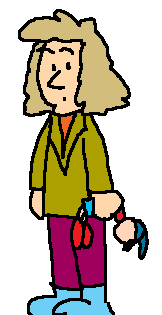 oo! that made his ears prick up! Or it would if we could see them past his big hair. Come over here odd man. that’s right, leave your rocking chair thing and do something christmassey instead, it’ll be much more of a success.

Here we are then, have a look at this mate.

(I’m showing him door w/out number, he opne it.) 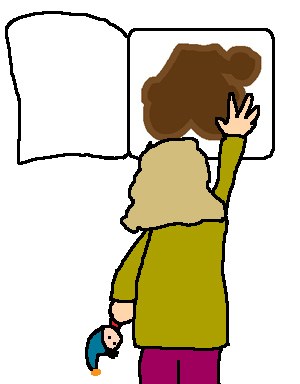 When he opne the door, the windy voice come flying out… and it go swirly around, and it sound like a man shouting something, but not in a cross way, in a really fun, excited way… maybe the wind is the herald!! and it GO INTO MAN!

and man go all funny-eyed like Snowman did, and he open him mouth, and he going to talk like snowman did…

I know what shape the chocolate is. It’s not a bum, that’s for sure. I’m surprised you didn’t guess, the clues were all there.”
PS – chocolate was of rocking chair. door under him bumme on the seat, but it ok he say he didn’t do any trumps. he say that would be a huge mistake. now he say he never said that originally and that i should not add things, o sorry.