Down from the XMas Star have descended a stately fig’re 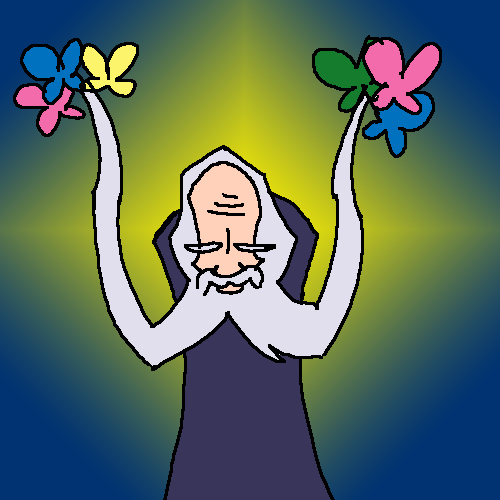 It’s the most ANCIENT ELF , Burgess Meredith! He’s the head elf until Dooley grows up probbly.

Burgess is here from the Star of Christmas, because of CHRISTMAS ON INFINITE EARTHS!

All the Christmasses ever in different dimensions and also time are here at once, and so accompanying Ancient Elf on him’s travels are The THREE SPIRITS OF CHRISTMAS PAST PRESENT AND FUTAR 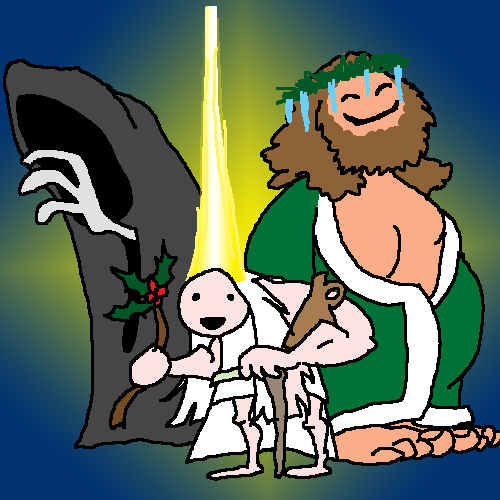 Burgess look at us and him say wise words:

“Greetings. I am addressing now those who would observe these events in the future. My knowledge of the future reveals that all this will be depicted in an advent calendar one day. And that calendar will have been so full of merry adventure that several doors will have been missed, chocolates uneaten – even materials other than chocolate may have been eaten in chocolate’s stead.

To right this wrong I hereby grant to you the readers of the calendar all the missing, skipped or substituted chocolates. Including today’s! It’s this door here behind me look it’s got a chocolate in. Eat up and be merry!”

Then he move over to the sley and look at baby snata. 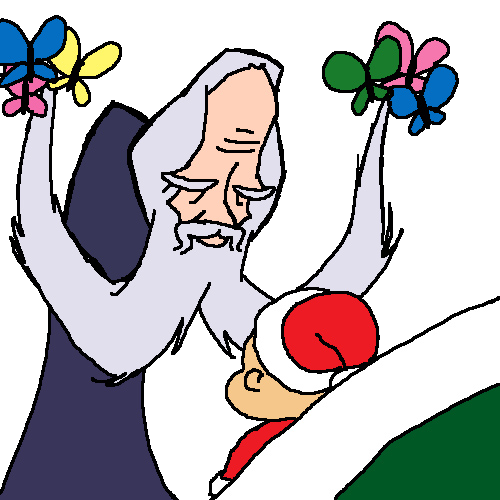 “Ah, yes! Since the dawns of time we have prophesied the coming of a Chosen One, and this Chosen One would be kind of heart, and would wee on Dooley. And he will grow up to deliver all the toys we can create to all the children of the world, and all this, in one night.

Then all those within the sound of my voice, and all the people of the world know that from this day forth, now and forever, this baby will be destined to become Snatter.“

And there a bright light from the star…

AND LOOK AT THE BABY SNATA NOW!! 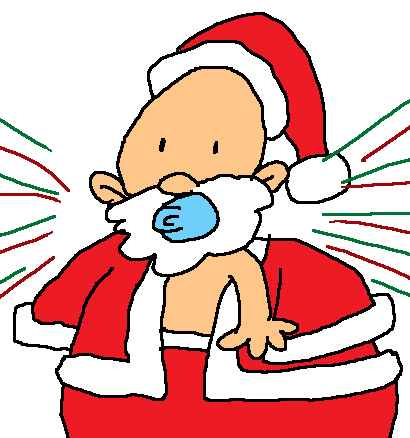 And Ancient Elf now turn around to leave back into the star with the spirits of Christmas, and he turn to us and he explain:

“I will return inside this star to its place of origin, and the fires of its heart (and its snorks) will seal the rift in reality. This means that tomorrow, on Christmas day, everything will be a bit bananas but extremely Christmassey and excellent as the rift remains open.

Then, afterwards, it will all be back to normal. Enjoy it while it lasts.

AND THEN HIM GONE , and star goe flyuing away into CHRISTMAS SPACE!!!