I’m getting grumpy now m80s because I been traipsing around this shopping centre since yesterday and there’s no blimmin sign of the shop yet. There’s some other advent calenders but we don’t want them! They’re boring! We want a proper one from the funny shop! I mean I dunno what’s going on, they can’t have just gone! But I was looking and looking and then it was night time, and I kept looking, and it was pretty cool of you lot to stick around while we were looking but I feel a bit bad because you’re been out all night as well!

Anyway it okay though, because I’ve thought of a: solution.

Here’s my plan lads and ladylads. I’m going to go to the information desk.

YES! THE INFODESK! It’s got a word INFO on it, and they have a COMPUTERS, and they can tell us where things are! and if the shop is has moved to another place instead of being in the shopping centre (probbly because of credit crunch they’ve had to go to outside the shopping centre to a pokey street where everything’s cobbly and there’s rubbish on the flore and por people write words on the walls in squiggly writing because they’re too por for paper) then they can tell us that!

okay let’s see the Infodesk person. I noe where the info desk is because it’s near the shop where you can make teddy bears have clothes on. (that would be better than if they did bears without clothes on because that would be rud.)

Here it is. There is a man we can talk to. 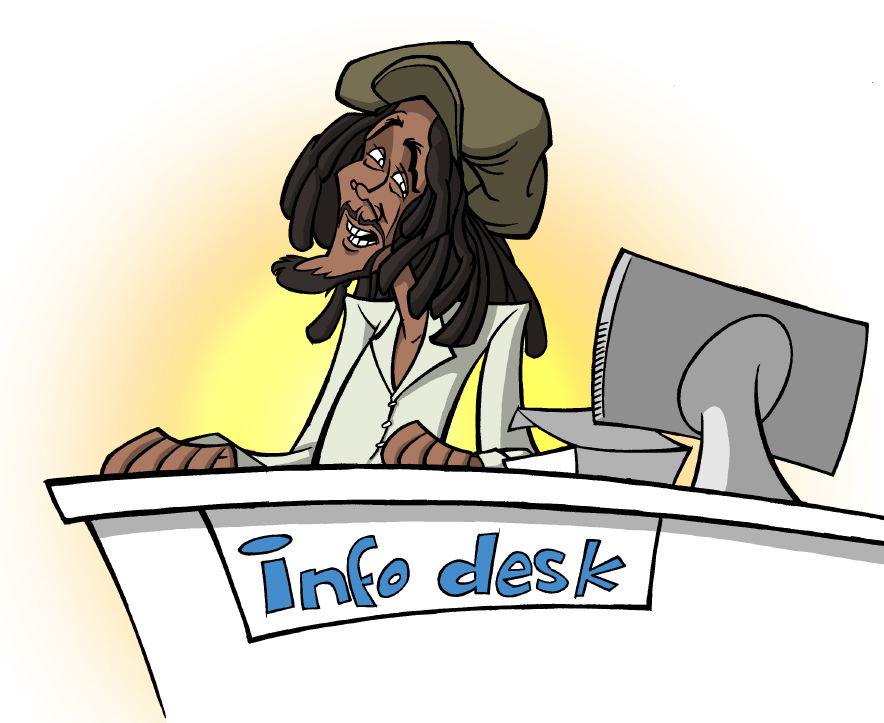 Helloed, Mr. Infodesk. We’d like to noe where the shop where I got advent calender from is pls.

oe, man say, “We don’t know either. But we’re trying to sort it out. doen’t give up! you have yet a chance and hope.”

Good, I wasn’t going to give up he is on our Side.

Now he say, “Go to the Accounts Office. Here’s a little foldey map to show you where it is. The man in the accounts office he wil show you where to goe next.”

OK BY! he was nice, I am glad he didn’t just tell us some rubbish like “o I don’t no” or “what shop do you mene” etc etc. He look familiar actually I wonder where I noe him from O wait, he wants to show us something! He’s getting a thing out from under his desk it is A BOX! it’s a big box big and long, and there’s all chanes and padlocks coming off it and stuff. that’s pretty cool I wonder what that’s all connected up to under the desk, that is a lot of chanes. i wonder why he keeps it all tied up to chanes, i will have to ponder it. the chane makes me ponder, it is a ponderous chain.

he undo the box… GUITAR! oe brilliant he is going to do a song for us.

Oe, he says he has a “grave message”. I will listen to himme’s grave message. Okay he start playin the sgon now.

Ok he’s finished the song now. I doen’t noe why he thought that was a grave song. It was about f8 counting down the centuries until a bad thing happen, and he sort of imply that the bad thing is about to happen soon. But that’s what all songs with electronic guitears in is about! that’s not grave!

there more of groovy than of grave about that song!