Well, it’s time for Dore 9, and the 9th person to pick a Dore was “half goon half god!” So he is the winnar! let’s go through his choice of dore: Dore 9.

Whoooaaa dear. I’m not so sure about this now we’re through. The shopping centre is getting more and more christmassy, but at the saaame tiime, it’s getting a bit funny as well. O well, up the stairs lads! 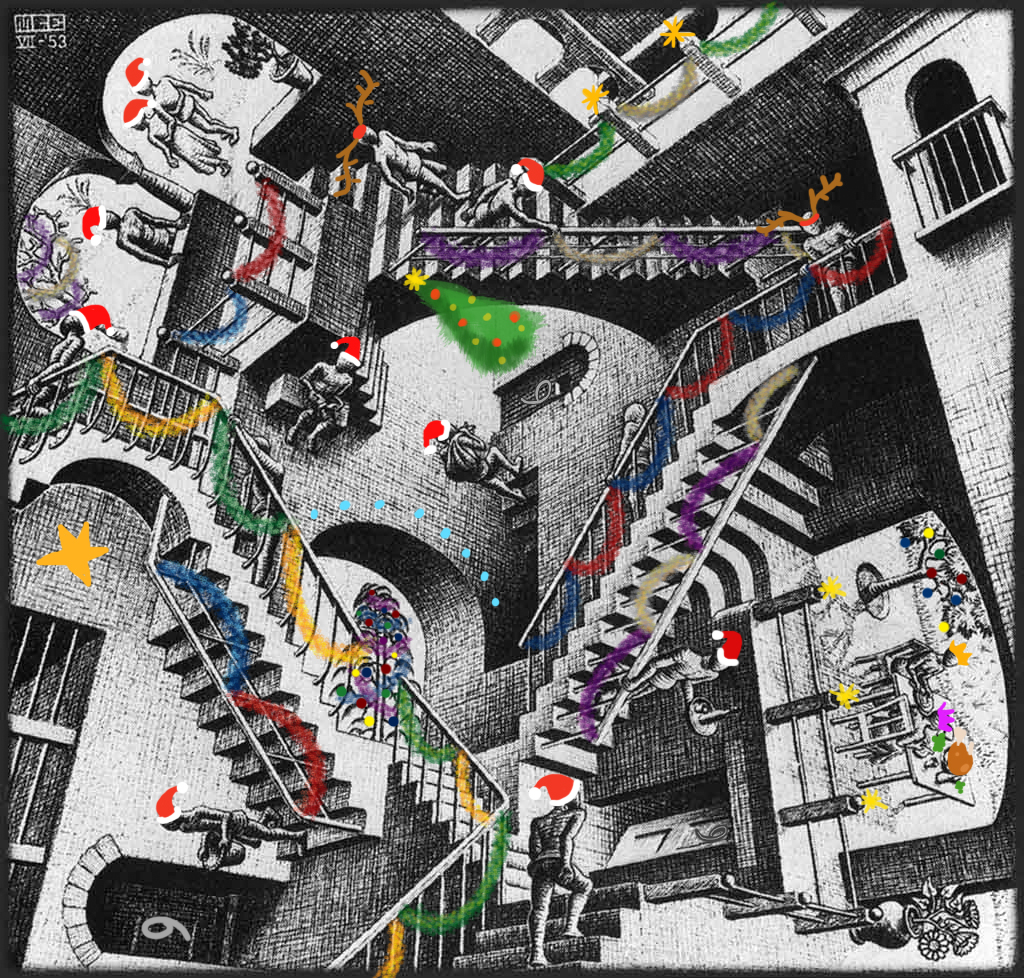 I’m not even sure we’re in the shopping centre any more you noe. Everything’s dores in weird places and I don’t noe what’s happening.

Well, he looks really Resolute actually. As you can see, out of the sand in the timer has materialised the igloo where the Runcible Spoon was, and we can see them stood inside talking. Snowgran is in there, and she’s telling Snatter things.

“The Runcible Spoons go back to ancient times, when the titans stalked and the snow first talked, and the elfs were only buds, when the star first shone and the evil one da-dum-dee-dum-dee-da.”

“What’s that last bit?” he sae

“Dunno we haven’t made up a last line to that yet,” say Snowgran, “the evil one hadn’t done anything yet so we didn’t know what to put. But he has now! He’s spoiled-up the village and he’s about to do a smash-out on everything in the world if someone doesn’t act quickly!”

“Only the spoons can defeat him! The runcible spunes must be runced, but they are scattered all over the land, and the Antisnatter’s monsters and foul beeste’s guard them! They must be brought together! Here is why:”

and she recites the old snowman myth.

“Once every christmas eve, the christmas star rises up over the elf school and its big christmas power goes BOOOO down, yeah?

“Well, ages ago, a big chunk of crazy christmas silver came out, a meteor of SOLID MOON CHRISTMAS SILVER. And then for some reason someone made it into spunes. And they act as a sort of magnet for christmas energy, so you could I DON’T KNOW but something happens, ANYWAY they can defeat Antisnatter somehow. But someone needs to gather them together!”

what a good myth that was.