you’re right, we’ve been going down these stairs for ages, let’s stop and watch an Account.

no, even banging it doesn’t work. WHAT IF WE BANG IT REALLY HARD HEHE.

ok i’m standing on it, now i’m going to JUMP UP AND DOWN ON IT.

o it’s working! hehe but it looks a bit silly

ok there we go! the images have Resolved into … elf school again! It looks like Snatter’s gone off on his quest now and the story’s going back to Elf School. We can see the outside of the school, and the snow cows that they keep outside grazing on snow. (that’s where those two chocolate Elfs are getting the milk from for their chocklates.)

And inside the castle there is a science lab, where a tall boy is quietly working on a magic potion. he’s looking a bit secret and glancing around to make sure nobody’s watching. the funny thing about him is, he’s a young man… but he’s a baldy man! 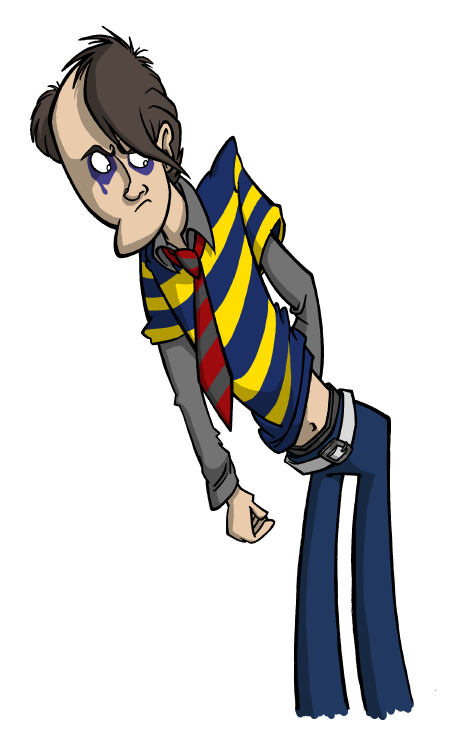 Who’m he? He’s a big baldy – well, he’s not but he’s half-bald anyway. he’s got a bit of hair at the sides and HEHEHE he’s tried to comb it down over one eye like a great big ponce MOH.

He’s secretly working on his potion and writing his notes down in a secret-looking diary.

hehee, diary of the half-bald ponce