ok I’m back – i can’t find it anywhere felloes! I think we’ve lost that scary sand timer for good! Never mind tho really, we’re actually here now! We don’t need to look at here in the sand timer! we’re here!

Oo dear have all the Xmas people wandered off while i was gone? thx for waiting but let’s see if we can catch up with them.

ok running through big doores of the Xmas Grottoe, let’s see if we can catch up with snattre and Dooley. Oe, I think that’s Dooley i can just see going round there, let’s try and catch up…

ooe, he’s gone down these secret stares! I remember, we saw him coming out of these stares earlier and looking around to see if anyone saw him! How strange of Dooley to do secret things, let’s go and have a look. 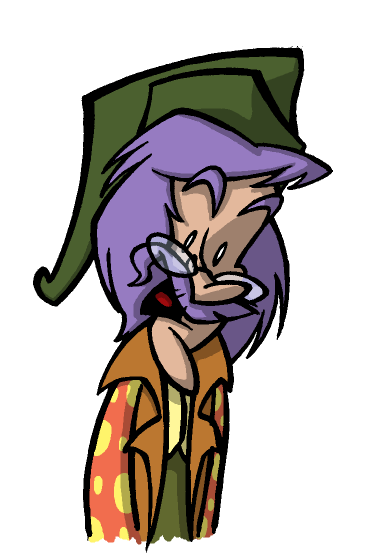 Dooley ask into the dark rume, “Is everyone okay in here? Nobody needs any cacky beans brought in?” 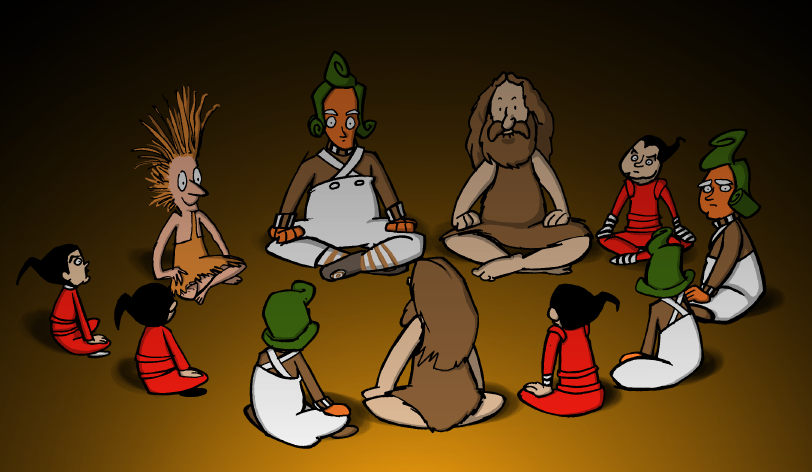 They are from Loompaland, which is one of the areas in the Lap of Poverty, the place you get to if you cross Snowmansland. Loompaland has lots of different tribes in it, and most of them seem to have sent representatives here, Except the oldest of the Loompa tribes. The original ones were black-skinned pygmy type people, which I suppose they thought was ok at the time, but we live in a multicultural society now and nobody wants to be racist. So it has been decided in 1973 to replace the original Loompas with the beardy hippy ones. The white ones. Anyway look it’s a work in progress.

It is interesting to see such ancient ppl isn’t it m8s. I wunder what they’re doing here at elf school in a secret room? O and look! Chocolate ones! Little bitesize Loompa ppl chocolates! We can hand them out and all have one, O this is like the old days isn’t it m8s! Just us having a lovely time in a christmas land!

Isn’t it m8s, I was just saying, it’s like the good old days! just you and me and all our m80s and ladym80s, throwing caution to the winnd’s and wandering through christmas land?

hehe m8s what is that you’re looking at, as if to wonder whether to use it or just toss it aside and live your own life for a change dammit? it’s like a little stick with a screen hehe giev

give it here m8s come on i won’t brake it, giev. GIEV! HAHEHE GOT IT, HEHEHE let’s see what Buttons do! Buttons! Press press press.

Oe! Look, the screen’s come on! Who im this?

It’s a scary man in a hat and a scarf and a big coat, and he’s stepping out of some sort of big black regeneration chamber or something! The sort of thing that might be able to painfully and tediously re-knit skin and muscle fiber, and build back a person whose body has been ravaged by exposure to the vacuum of deep space, that sort of chambre.

He’s talking to the screen!

“This is Special Agent B. It means a lot that you have been able to see through my hideous visage and accept me as a peer. You’re a good man, M8s. I can’t think of another Agent who was able to turn off their revulsion so quickly.

“Well, now you won’t have to. The process is complete! I have my face back again!”

face? this was a bloke who didn’t have a face? damn i wish i’d seen that, i bet it was well smate.

He taking off his hat and scarf! I wonder what him face looks like now it is finished!!…